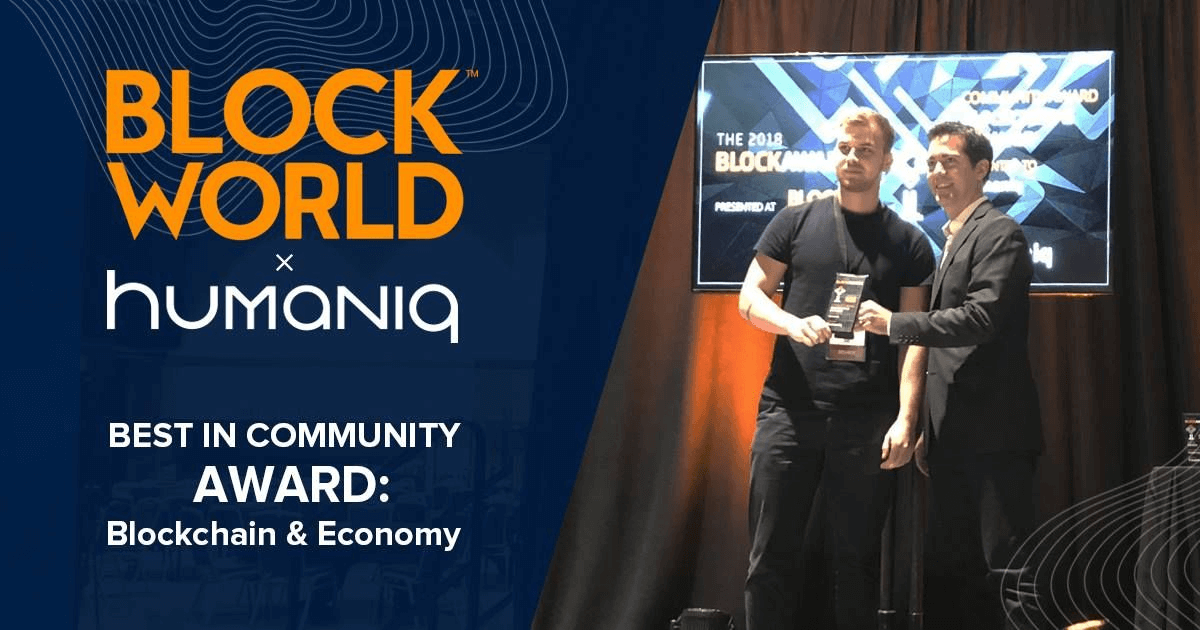 Humaniq won the Community award in the "Blockchain & Economy" category at Block World 2018! Three main criteria were used when selecting the shortlist of nominees: attracting attention and awareness; being generally well-regarded by the developer & engineering community; and recognized as a leader in its sector for innovation. We are extremely grateful for this prize, which signifies a strong recognition of our merits!

Humaniq is a new generation financial services with its own cryptocurrency, which is aimed at eradicating poverty amongst millions of people living in the emerging economies. Humaniq Care is a charity and fundraising platform built around our application and infrastructure.

According to the World Bank's Global Financial Inclusion Database, there are currently 1.7 billion people on Earth who do not have access to official financial services. 10 years of research across Asia and Africa, carried out by the authors of Portfolios of the Poor, showed that poverty proliferates in regions whose inhabitants do not have access to financial services.

Writing micro services in Docker Go for a cryptocurrency wallet